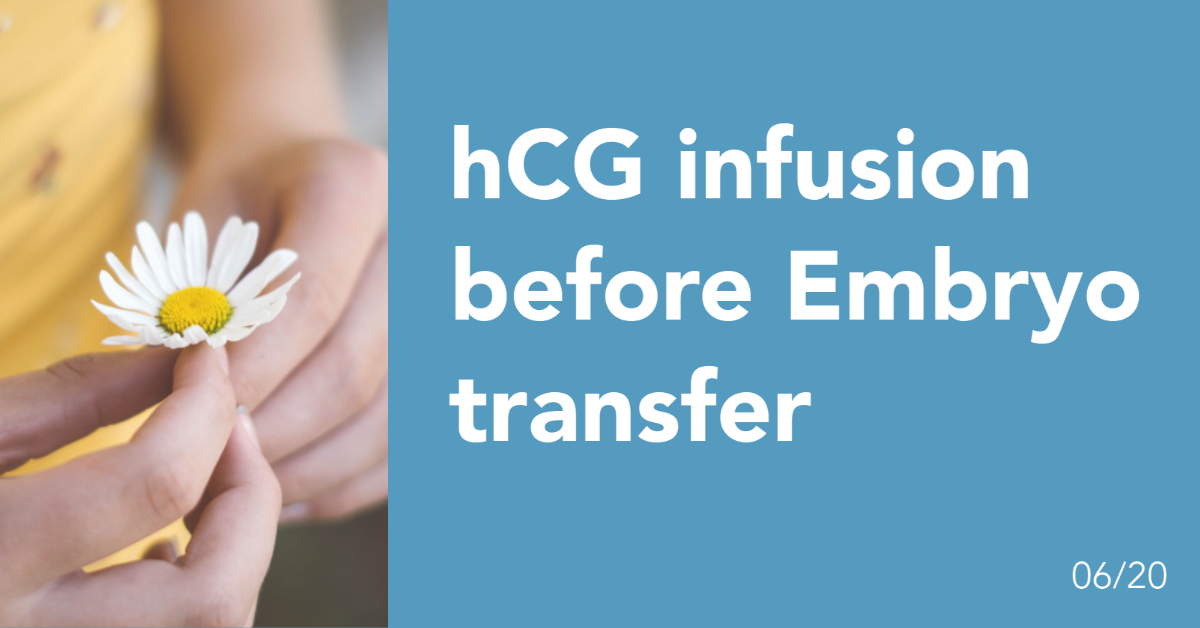 Several studies have shown that a small amount of the hormone human Chorionic Gonadotrophin (hCG) infused into the uterus shortly before embryo transfer may increase the chance of an embryo implanting. This is an ‘Add-on’ treatment that Fertility Associates currently offers.

A recent meta-analysis looked at the results from 15 randomised control studies that included over 2500 patients. The conclusion was that on average infusion of hCG increased the chance of a live birth after embryo transfer. It also appeared to lower the chance of miscarriage. hCG infusion seemed to be more effective for the transfer of fresh embryos than frozen embryos. An infusion within 15 minutes of embryo transfer seemed to be more effective than an infusion done earlier, and a dose of around 500iu seemed to be better than higher doses. We have chosen a dose of 500iu hCG timed 5-10 minutes before embryo transfer as our preferred approach.

Overall, the evidence for a potentially beneficial effect of hCG infusion is quite high, so this is one of the Add-ons which we classify as of ‘possible benefit’. We will need more evidence before we would make hCG infusion a routine part of IVF treatment.

For instance, we do not know whether other things we do, such as using ‘Embryo Glue’ during embryo transfer, have the same effect, so it could be that hCG infusion has less effect in our IVF programme than in those that took part in the randomised controlled studies.